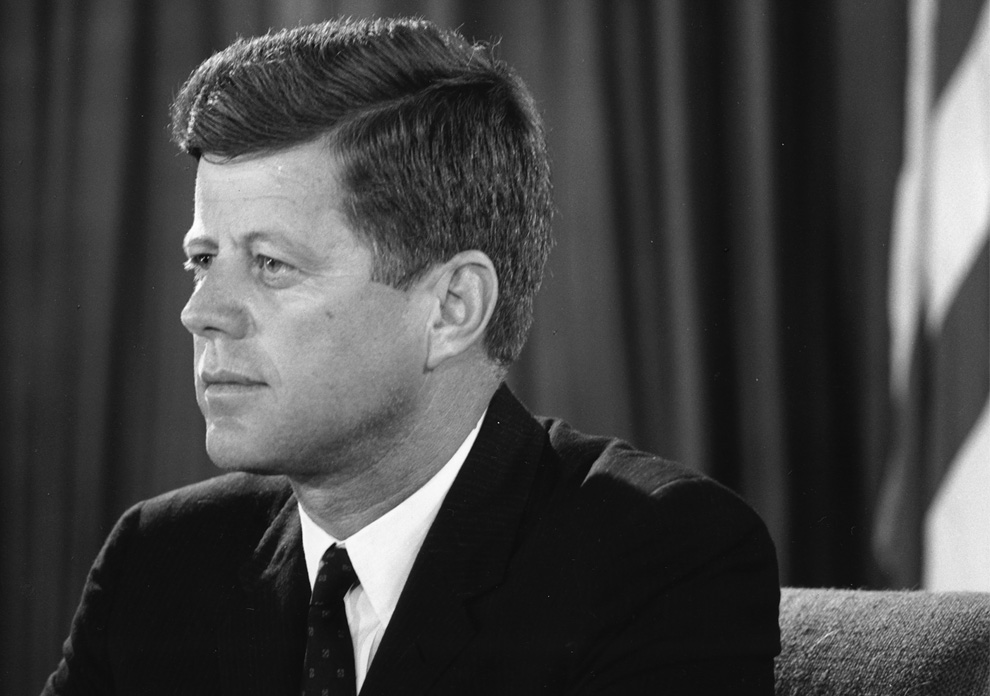 American President John F. Kennedy is famous for his elegant, refined, and inspiring use of rhetoric—such as the famous line from his 1961 presidential inauguration, “Ask not what your country can do for you—ask what you can do for your country.” This short and powerful saying is indeed a very compelling example of rhetoric, and as we shall see in this short article, is a fine example of a rhetorical device known as “chiasmus.”

But what, you may ask, is rhetoric in the first place? Rhetoric is one of the earliest and most sophisticated arts of civilization, because it provides many tools and techniques for communicating in a stylish, cultured manner. One of my personal favorite works on the study of rhetoric is a book called English Rhetoric by Xiuguo Zhang (Tsinghua University Press, 2005). From this book, here is a brief overview of the origins and purpose of rhetoric:

The ancient rhetoricians observed that certain orators were effective and others were not. They then developed a set of principles for successful communication. These principles make up the art of rhetoric. (p. 1)

So it is certainly true that in ancient times in the West, rhetoric was more closely associated with effective public speaking. On the other hand, ever since the arts of rhetoric were developed into a coherent system, they have also been used by writers to express themselves more powerfully and stylishly. In fact, several books have been written solely on the topic of Shakespeare’s use of rhetoric in his poems and plays!

For students, one of the wonderful aspects of rhetoric is that the tools and techniques of rhetoric can be learned systematically. When Shakespeare was going to grammar school, he definitely would have learned in great detail the system of rhetoric used in ancient times. And you can too!

This is because the ancient inventors and developers of rhetoric gave specific names to different tools and techniques of rhetoric. These are known as “rhetorical devices.” Most of the names for these devices come from ancient Greek, so many students find them difficult to remember. However, if you start by learning a few of the most important rhetorical devices, then you should develop a great fondness for rhetoric, inspiring you to learn more and more types of rhetorical devices.

One of the most elegant and clever of all the rhetorical devices, the one used so famously by President Kennedy, is called chiasmus. The term “chiasmus” is based on the ancient Greek word for “cross,” because in chiasmus, you cross or reverse the order of words or phrases.

To help you understand how the rhetorical device of chiasmus actually works, let’s return to the famous saying of President Kennedy. Here it is again:

Do you already see the reversal or “crossing” of word order in this example? Notice that in the first part of the sentence, the term “your country” comes before the word “you”—but in the second part of the sentence, the word “you” comes before the term “your country.” This is what it means to reverse or cross the order of wording in chiasmus. It is simple to understand, but difficult to incorporate well into one’s own speaking and writing, so I hope you can be inspired to create your own examples!

To clarify chiasmus further, and give you more inspiration and information for your own practice, let me give you one more example. This sentence comes from the French poet and playwright Molière. It is one of the most quoted and appreciated historical examples of chiasmus, and many books on rhetoric, such as Xiuguo Zhang’s work, use it as an example. Here is Molière’s renowned proverb:

One should eat to live, not live to eat.

Again, have you already noticed the crossing of the word order? In the first part of the sentence, “eat” precedes “live”— but in the second part, “live” precedes “eat.” This reversal is the essence of chiasmus.

In using chiasmus effectively, the proper crossing or reversal of word order is the most essential ingredient, but the best examples of chiasmus also provide something else: a powerful message. Both the example from President Kennedy, and the example from Molière, possess this powerful quality of communicating an elegant and memorable message. To be truly creative and creatively true, chiasmus should be witty and meaningful, not simply involve a crossing of words.

Now that you have learned about the ancient rhetorical device of chiasmus, used very effectively by famous writers and speakers for thousands of years, can you brainstorm your own examples? Can you make sure they have wonderful meaning and evoke meaningful wonder? And did you notice the chiasmus in the question I just asked? I hope it was witty.

Jared is a self-professed word-nerd and grammar-geek who loves nothing more than reading classical poetry, nature writing, and eloquent rhetoric. He actually collects books on rhetoric and oratory! Beyond language and literature, Jared has a deep appreciation for distinctive creations from many different cultures and time periods–his favorite food, for example, is stinky tofu, and his favorite game is the ancient game of numbers known as “rhythmomachy.” Educationally, he believes in personalizing the material to suit the student’s own interests and goals, and he believes in the principle that a teacher can learn wisdom and insight from students, not simply vice versa. He teaches and presents material in a way that he himself would enjoy learning: in other words, even as a teacher, he always thinks of himself as a student.