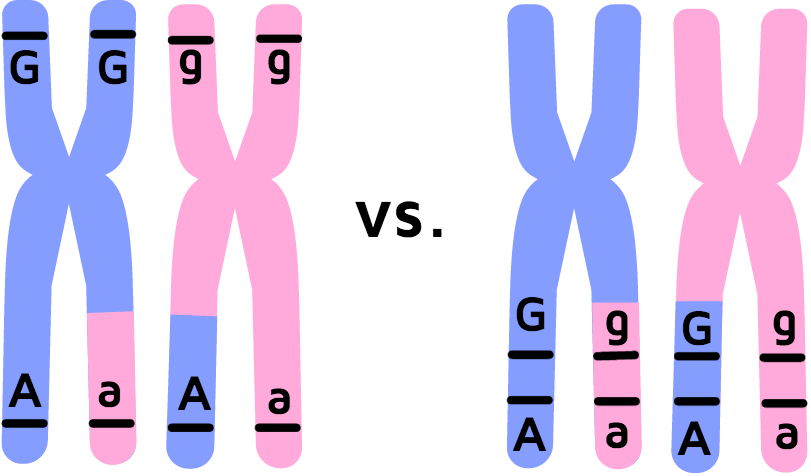 Genetics is usually a well-liked part of studying biology and most students actually understand Mendelian genetics quite well. However, a question I get a lot is about how to do two-trait crosses and dihybrid crosses, especially for linked genes.

There are two types of two-trait crosses that are important: linked and unlinked genes. Today, we are going to look at what each one means.

Unlinked genes are genes that are inherited independently as they are either located far apart on the same chromosome, or on different chromosomes all together. This basically means that the genes will follow the general rules of Mendelian genetics. The gene copy that is inherited is dependent on the random orientation of homologous chromosomes during metaphase I of meiosis as well as crossing over during prophase I of meiosis. This tends to be the majority of the case. Thus, if you are not specifically told that two genes are linked, then you should assume that they are unlinked.

In the example below, the genes Gg and Aa are independently inherited as they are located far apart on chromosomes. You can see that one chromosome has GA and the other one has ga. However, during meiosis, the chromosomes went through crossing over and exchanged part of their legs. This means that new combinations of gametes were formed, and any combination of Gg and Aa are possible, including GA, Ga, gA and ga. 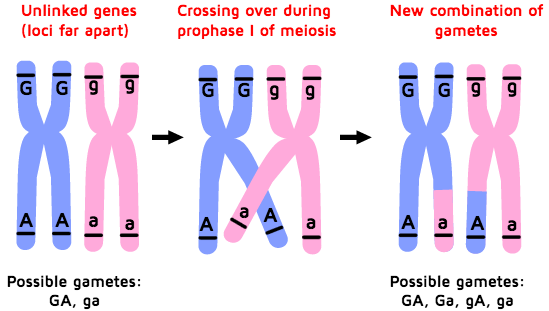 In the example below, the genes Gg and Aa are linked as they are located close together on the chromosomes. This means that in the event of a crossover, the two genes are likely to end up on the same chromosome anyway. The combination of possible gametes therefore remains the same. 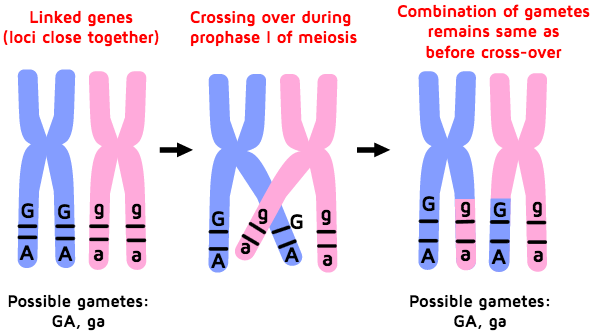 Next, we will have a look at how to do two-trait crosses and dihybrid crosses, beginning with the general case of unlinked genes.

Monica graduated from Imperial College in 2015 with a Bachelor's Degree in Biochemistry and Management. She has been teaching and tutoring full-time for over three years now and has plenty of experience leading SAT, ACT, and biology classes. Monica not only takes pride in the customization of her classes and makes sure that every student takes away new knowledge and understanding in each and every class, but also that her students find innovative ways to retain the knowledge.